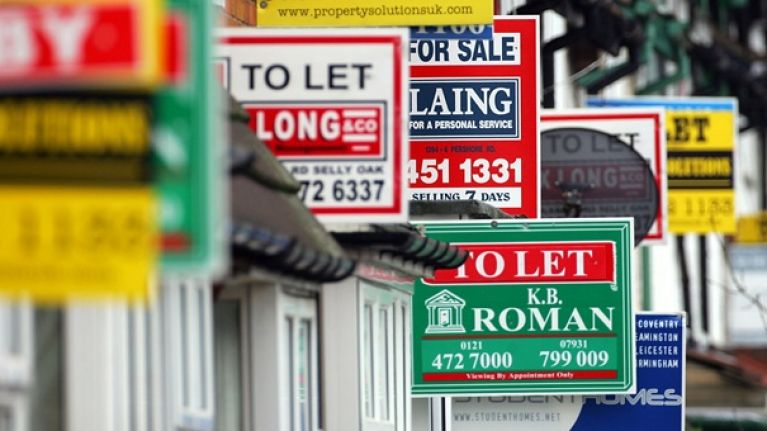 It’s hard to think that just ten years ago everyone was avoiding property like the plague. The prices were plummeting, credit was in very short supply, and the word ‘negative equity’ was on every investor’s lips.

Fast forward to 2019, and house prices are almost back to their pre-crash levels.  They probably would be higher, if not for stricter regulation imposed by the Central Bank of Ireland.

All this shows that if you’ve got the means, then property in Dublin is still a lucrative and rewarding investment.

So what factors are driving our high prices in our capital city?

Here are five of the main reasons:

As we all know, we’re in a bit of a crisis when it comes to the amount of new housing stock being built, versus the amount of stock available.

A look at population stats tells you that in the same period our population grew by almost 4% our new housing stock rose by just 0.04%

No matter how basic your grasp of economics, it’s not hard to see why prices are generally going upwards, even with the tightest of restrictions.

The government are currently in a race against time to encourage development, but with our capital city now being very much a global city the situation is not going to sort itself out soon.

This means that although our market might dip slightly, property shouldn’t devalue that much, simply due to population numbers.

Perhaps one of the biggest surprises made by the banking industry lately has been to lower interest rates into negative numbers. It means that banks are now being charged by the European Central Bank to keep their money on deposit with them.

This move is designed to get them to give more credit and kickstart sluggish economies across the Eurozone.

The impact of that on investors are historically low borrowing rates, that will, in turn, keep demand for property high.

It remains to be seen just how long rates will remain this low, so there is a caveat with enjoying such cheap credit now, once rates begin to rise.

One of the striking aspects of the Government’s housing policy and much-criticised response to the housing crisis is the fact that they are relying on the private sector to provide up to 85% of their social housing under their Rebuilding Ireland initiative.

This policy has been criticised for the way it’s exacerbating the rocketing rents across the city.

It also means that any new builds may already be set aside for social housing and not for home-owners or small-player investors.

This squeeze on the private sector will be sure to keep prices high in the short to medium term.

4. It’s our capital city and our economic hub

Dublin is quite simply the place to be in Ireland for many people in the banking, digital or services industries. It’s position as the main entry point from Britain and Europe, means it has historically been a focal point on the island.

Soon, it will be the largest English-speaking city in the EU too.

Culturally speaking, of course, Dublin hosts all the main sporting and entertainment events on the island and has some of the best tourist facilities in the world.

It’s no surprise then that people want to live here for political, economic or cultural reasons.

So, don’t expect demand in Dublin to dissipate any time soon.

5. It’s got a poor transport infrastructure

Having a poor transport infrastructure may sound a bit counter-intuitive as it should be a reason for property prices to be low.

However, the sheer volume of people living and working in Dublin means that living near some of the best transport routes available such as the DART or the Luas is super desirable.

In fact, some reports show that people are prepared to pay up to €130,000 more to live closer to these facilities.

As the population continues to grow and Dublin sprawls ever outwards (instead of upwards) the demand to live closer to work will only continue as people seek the best possible work/life balance.

All this means that if you’re looking to invest in property in Dublin, then there’s no reason why it won’t be both a sound and lucrative investment long into the future. Sure, prices may dip from time to time but long term they should remain ridiculously high.

Here at Platinum Property , we’re always happy to help with any part of the property process. Click below to find out more

This website uses cookies to improve your experience while you navigate through the website. Out of these cookies, the cookies that are categorized as necessary are stored on your browser as they are essential for the working of basic functionalities of the website. We also use third-party cookies that help us analyze and understand how you use this website. These cookies will be stored in your browser only with your consent. You also have the option to opt-out of these cookies. But opting out of some of these cookies may have an effect on your browsing experience.
Necessary Always Enabled
Necessary cookies are absolutely essential for the website to function properly. This category only includes cookies that ensures basic functionalities and security features of the website. These cookies do not store any personal information.
Non-necessary
Any cookies that may not be particularly necessary for the website to function and is used specifically to collect user personal data via analytics, ads, other embedded contents are termed as non-necessary cookies. It is mandatory to procure user consent prior to running these cookies on your website.
SAVE & ACCEPT